The Turtle Island 42 Initiative (TI42) is an answer to the anti-pagan, anti-indigenous, anti-human, anti-nature DC40 initiative that seeks to create a Christian-dominant government in the United States of America. Running for 40 days and starting on October 3, 2011, DC40 is being spearheaded by the [Apostolic Movement and Christian Dominionists] as a renewed Manifest Destiny in blatant stated disrespect of Paganism in particular and indigenous culture and spirituality in general.

TI42 seeks to organize focused learning, support and daily spiritual work in validation of and gratitude for indigenous spirituality and Ancestral traditions that have sustained human life in harmony with nature and Spirit for the majority of human history.  Organizers will be posting daily prayers, invocations and information in the hopes of strengthening understanding and active spiritual support within the indigenous and Ancestral traditions that so many people in this country and across the globe carry with pride and confidence.

Turtle Island is one of the names the indigenous people of the Americas have called their land.  TI42 will continue for 42 days, starting one day before and ending one day after DC40 as a symbolic and grounded energetic message that indigeny and its traditions will not be silenced by this or any other anti-human effort.  We are all the children of indigenous Ancestors and the supporters of the TI42 Initiative have decided to carry forward our traditions at this time with particular focus to counteract this despicable and divisive movement.

TI42 rejects the disrespect inherent in the Doctrine of Discovery, monotheistic imperialism and organized and predatory missionary work.  TI42 stands with the indigenous people of Turtle Island and beyond and all those who struggle to carry forward their Ancestral indigenous traditions from all corners of this world.

“Who will find peace with the lands? The future of humankind lies waiting for those who will come to understand their lives and take up their responsibilities to all living things. Who will listen to the trees, the animals and birds, the voices of the places of the land? As the long forgotten peoples of the respective continents rise and begin to reclaim their ancient heritage, they will discover the meaning of the lands of their ancestors. That is when the invaders of the North American continent will finally discover that for this land, God is red.” –Vine Deloria, Jr.


“We are a spirit, we are a natural part of the earth, and all of our ancestors, all of our relations who have gone to the spirit world, they are here with us. That's power. They will help us. They will help us to see if we are willing to look. We are not separated from them because there's no place to go -- we stay here. This is our place: the earth. This is our mother: we will not go away from our mother.” – John Trudell


“There was a time when all people were indigenous people on some part of the Earth. But in the last half of the millennium, the migration of people from region to region and from countryside to city broke many of the ties we used to have to one another and to the land and water that supported us. Those who didn't make that move, the indigenous peoples of the world, can help us remember what it's like to be connected to the environment and to each other in a community. This is valuable not because we would necessarily want to return to the way we used to live, but because facets of that connectedness can contribute greatly as we create a sustainable way of life.” –Malidoma Some 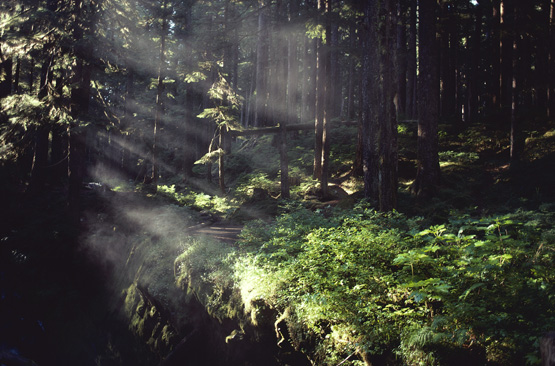 The earth is our sacred mother...all things in nature our sacred kin. The TI42 Initiative recognizes and honors the indigenous soul and Ancestral mandate of humanity and supports our growth together as one family, one with nature, one with the Ancestors, with All That Is.